Growing up in the south I’ve had my fair share of tornadoes and thunderstorms, and even an ice storm here and there, but never have I experienced a blizzard. I’ve seen several feet of snow fall before, but never within a 24 hour period. I’ve had to deal with layers of ice over everything in sight, but never with such an ocean of snow. It started falling early Friday morning, and just kept on coming well into Saturday afternoon, quickly covering the Earth below. 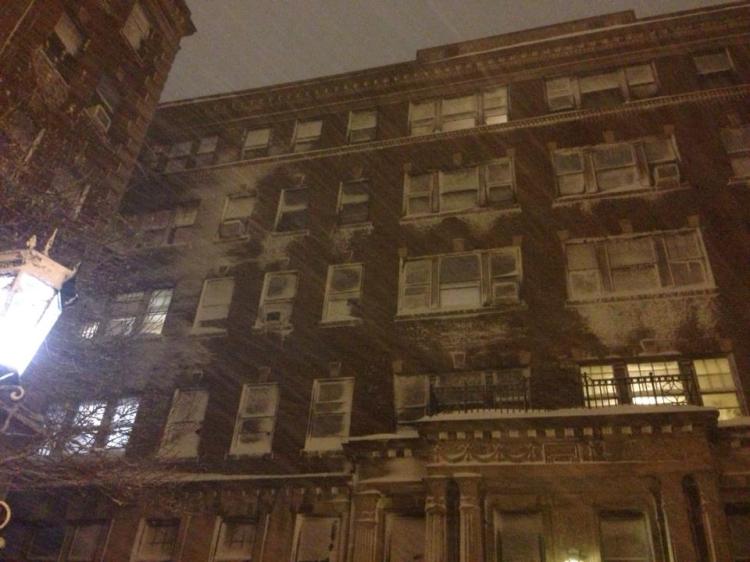 I am happy to report that we survived with no major inconveniences. We never lost power, and we weren’t physically trapped, though it did take a bit of effort to get out. Our car got lost in the sea of of white, but we found it eventually. Some anticipated plans were canceled, but we replaced them with just as satisfying ones. Boredom is easily overcome when one has bottles of wine on hand, board games a plenty, and friend’s apartments just a stone’s throw away.

After a late breakfast of banana, sour cream pancakes and our favorite apple wood smoked bacon, Jacob and I set off to explore the wintery world around us. With public transportation shut down, a ban on driving ban in effect, and people straggling down the middle of what’s usually a very busy street, it almost felt like a scene from The Walking Dead outside of our doors. Although, eeriness aside, it was quite a beautiful scene. 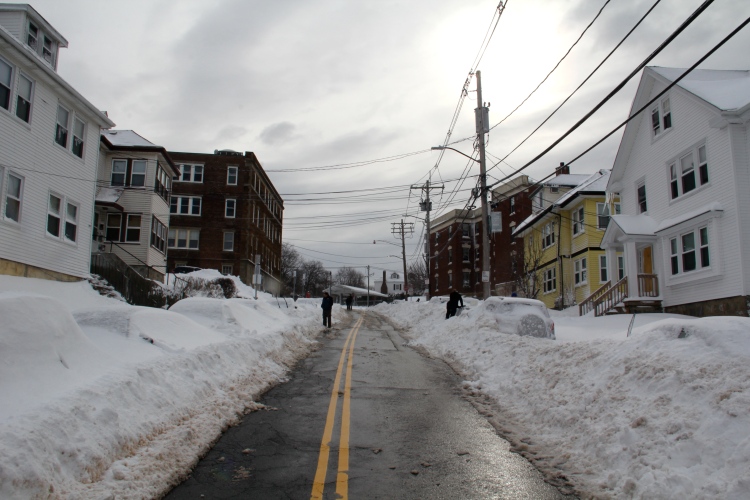 Venturing down the road a bit, we made our way to campus to check out the some of my favorite buildings in Boston freshly covered with snow.

After a few snowball fights, trash bag sledding, and even a bit of snowboarding, we rounded the weekend off with friends and a few rounds of these.

And as all good weekends do, our little snow vacation came to an end. Monday came and life was back to (somewhat) normal. Back to work for me, back to school for the hubs. Though we are still dealing with the ramifications of the snow, thanks to an abundance of sunshine things are slowly getting back to normal around here.

On another note- Happy Valentine’s Day to you all! However you choose to celebrate, single or not, may your day be blessed and filled with love!