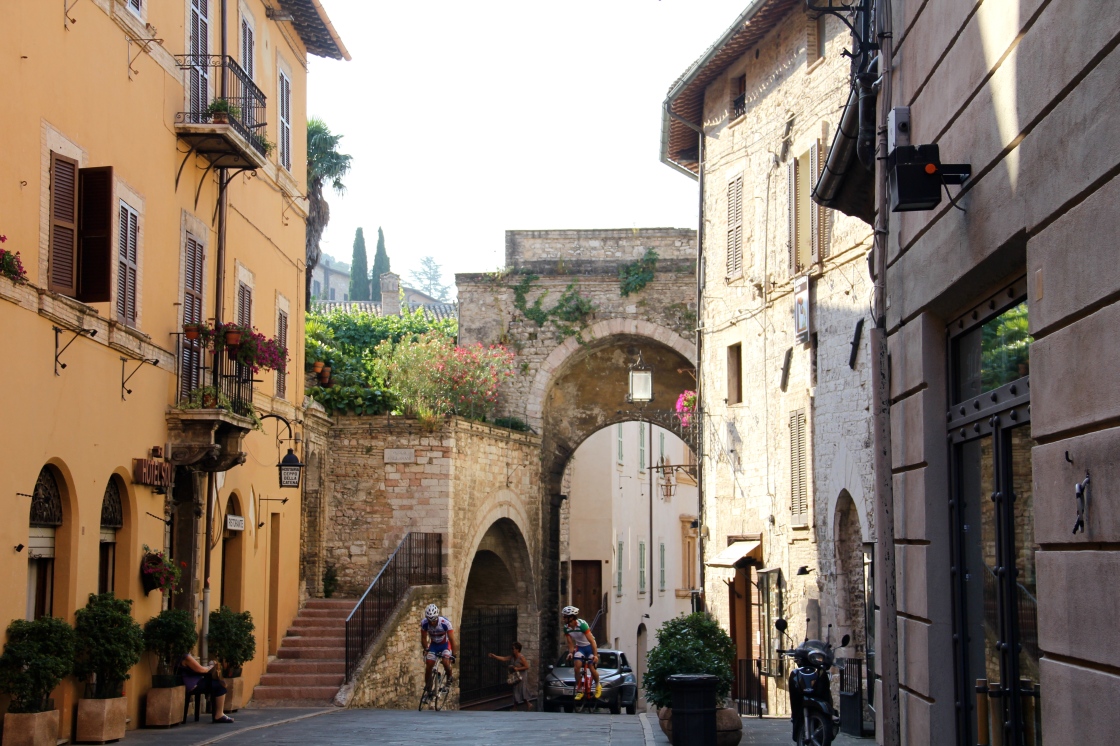 Our time in Assisi Italy was much too short. We had planned to have a full day, one night, and another half a day before leaving the quiet land of St. Francis and  starting our pilgrimage towards Rome. Due to an out-of-date bus schedule, we wound up spending an extra eight hours in Siena. I can’t say that we hated this delay as Siena was one of my favorite stops in Italy, but it did throw things off a bit. We ended up having a relaxing afternoon in our favorite Tuscan town sipping espresso, eating a leisurely lunch of fresh buffalo mozzarella and a tasty house wine, and enjoying gelato in the Piazza del Campo. 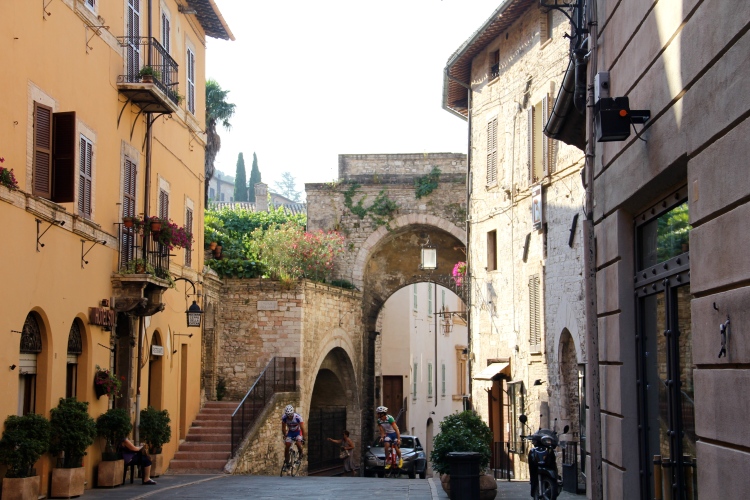 In a way, I am glad for this delay. It gave us a late start and forced us to see  Assisi the way that I am sure St. Francis knew it to be. Assisi in the day is kitschy. It’s full of tacky souvenirs and St. Francis bobble heads. But at night, Assisi is quiet. It’s mysterious and magical. It’s full of wonderful people on true pilgrimages to visit the church of the famed saint.

At night you’ll hear the sounds of the Benedictine monks singing their nightly vespers. You’ll get to watch the flaming colors of the sun as it sets over the Umbrian countryside. And you’ll meet quirky travelers and store owners, like Stephen, and our friend Fabrizio.

We met Stephen while sitting at the bus stop. We were hot, and hungry, and were feeling anxious to make it into town. Stephen, an Italian native, was visiting Assisi on a pilgrimage. He told us his story, and all about his travels. He talked about his time as a journalist, and about his last 40 years in China where he’d been working in an orphanage. He told us about his home in the Canary Islands, and about how he had predicated the death of John F. Kennedy 45 days before it had happened.

We ran into Stephen a handful of times during our short stay. He always appeared at random, and in ways, he felt like one of those people who just couldn’t be real. His stories were so intriguing that most of them seemed fake, but something about him tells me that every word that he said was true. He was an interesting character, and only added to the magic of Assisi.

Later that night we met another fun and wonderful individual. Hungry and late to our date with the sunset, we wandered into a recommended store to pick up some meat and cheese for our picnic. We thought that this would be a quick stop. We planned to grab something already prepared and to rush off to find a good spot to watch the sunset. Instead, we met Fabrizio, store owner,  and a slow-food-enthusiast. 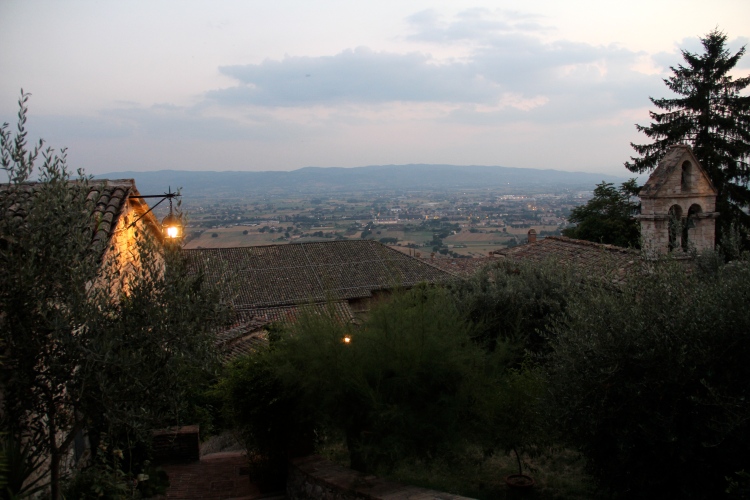 La Bottega dei Sapori is a mouthwatering little shop right in the middle of the town square. Stocked with local wines and speciality treats such as olive oil and truffle paste, I could have easily spent the remainder of our euros right in that tiny establishment. Fabrizio Pagliaccia might be one of the friendliest human beings that I’ve ever encountered. He was passionate about his products, most of which came straight from his family farm, and was eager for us to indulge in his samples.

“Not about the shopping, about the experience,” he would say in his broken English. “Fast food down here, slow food up here,” he’d motion with his hands. “Here, you know it’s good,” he’d exclaim with a huge smile across his face. There was something about this man that made us never want to leave. We stayed for a good half hour, chatting with him as he prepared one of our most memorable meals.

He made us his favorite sandwich, capicola, truffle spread, and picorino on freshly baked focaccia and opened us up a bottle of his favorite local wine. “Montefalco Rosso! The strong one! I open, you finish!” We said goodbye with a kiss on each cheek, and didn’t even care that we spent about double the money that we had intended to spend.

We enjoyed our picnic on the steps of a small church. Breathing in the smell of incense, and listening to the chants of the nuns, we savored each bite of our delectable meal, and delighted in each sip of our sumptuous wine. We watched day turn to night and slowly finished our sandwiches. Little did we know, our magical night had only just begun. We filled our cups with the rest of our wine, and set out to explore the winding and hilly streets of Assisi.